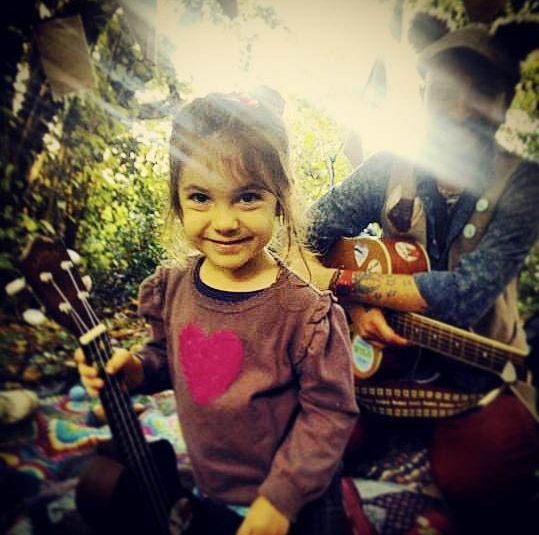 It had been raining for days and when the Nature Nurture team arrived at McIlroy Park early morning on Saturday, it was still tipping down.

Would anyone be coming out today?

But then the sun broke through, the sky became blue and the families came pouring in to join the Wild West adventure!

“99 children and 70 adults joined us for the Family Wild Day” says Natalie, Director of Nature Nurture CIC, “Many people said they lived nearby, but hadn’t visited the park before. We had an array of wild activities on offer and families could follow the activity trail through the woods.”

First stop, ‘Make a Giant Creature’ with local sculptor Nick Garnett - using a few logs and some willow branches, the children crafted wings to create a giant flying beast! Next stop, ‘Wild Art’, with Heidi Magill, where budding gardeners could paint a flower pot and plant a bulb, roll up their sleeves to make clay creatures, paint woodland creatures and make nature mobiles. The children then got stuck in making dens with Forest School Leader Heidi Evans; sometimes with the sticks they found and sometimes with tarpaulins and string - and what better place to cosy up for an animal story?

Stroll a little further along the woodland path and they could join local conservation volunteers, Meg O’Duffy and Carolyn Hawkins from The Tilehurst Globe to make a bird feeder using pine cones, lard and seeds to help our feathered friends through the winter. "The children got stuck in, dipping the pine cones into the gooey vegetable fat, then smothering it in tasty seedy treats for the birds" said Natalie, "Then they had fun creeping around the woodland on a mini-beast quest."

And what's that? The sound of music? Drawn by a nature-inspired sing-along, wafting through the trees, they joined Paul Fryer from Poco Drom to sing songs about animals - the children joined in by shouting the animal noises and shaking the shakers, while Paul strummed away on his ukulele and guitar. They even made up a Monkey Song!

Next stop, the Norcot Early Years Centre team had set up ‘Slopes and Ropes’ - Not for the faint-hearted! The children slid down the muddy slope then hauled themselves up on a rope! “It was amazing to see children as young as two, fearlessly descend the slopes and use all their strength to pull themselves up to the top again - one false move and they’d slide to the bottom and have to begin again. I was impressed with the parents who had no problem seeing their children getting caked in mud. Children love these physical challenges and don’t mind getting muddy. And if that wasn’t hard enough, the staff tipped water down the slopes to make them even more slippery!"

The day was organised by Nature Nurture CIC in collaboration with Norcot Early Years centre.

Nature Nurture CIC has been running Family Wild Days throughout the year, thanks to grants from Comic Relief and The Big Lottery’s Awards for All programme. “ The Wild West Project is all about connecting local families, play centres and schools with Reading’s amazing green spaces, especially woodlands” says Nature Nurture’s Director Natalie Ganpatsingh. “Play parks have their place, but we want to encourage people to take a walk on the wild side. McIlroy Park is my favourite wild space - you can walk in the meadow and take in an incredible view of Reading, or discover the many paths that take you into the woodland. We want to encourage local people, especially children, to relax, play and learn in these spaces. I belive we need to help children reclaim the wild; As, Naturalist and TV presenter Chris Packham says, “The species that’s closest to extinction out there in British woods and waysides is the kid. You just don’t see them anymore."

Nature Nurture CIC is currently fundraising and aims to provide even more wild workshops in Reading’s green spaces in 2015.