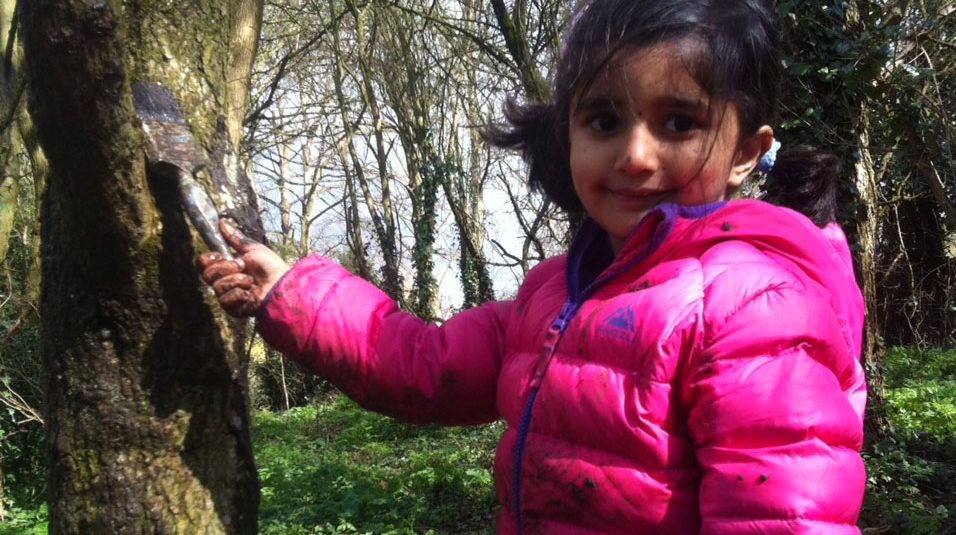 “Children have a natural fascination to touch and to feel things - it's part of existing in the world. It's not the kids that have said they don’t want to put their hands in the mud or jump in the pond, it's the adults that have said no.”

I like mud, but I didn't realise until the other day, just how many things you can do with it! It was a wet day and I was off to The Rocking Horse Nursery to run another Forest School session with six 3-4 year olds. I didn't tell them what to do, but just laid out a few buckets, trowels and paint brushes. Some got into it straight away, whilst others approached with trepidation. Buckets were filled with mud and water, then off they went to squidge and squelch mud and paint trees! It was a serious business - some were at it for over half an hour.

I wonder whether not so many years ago, before we became obsessed with cleanliness and adult-made toys, mud play was a pretty normal thing to do.

In the Early Years world, mud play is recognised as a beneficial form of play - so much so, that there is even an International Mud Day!

So if you're at a loose end with your kids over Easter, just take buckets and spades, a big paint brush or too and a bottle of water (unless it has been raining) and get stuck in! You'll find even more muddy ideas here.